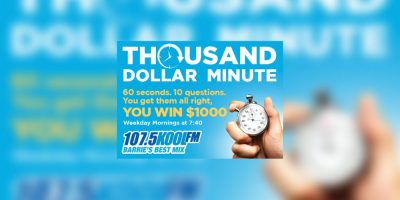 1. The New England Patriots and Atlanta Falcons will be playing in this year’s Super Bowl on February 5th. What does the NFL have in Store on Sunday January 29th?
The Pro Bowl

2. The 59th Annual Grammy Awards are coming up on February 12th, what industry do they hand out awards for?
Music

3. Beyoncé has the most Grammy nominations this year with 9, which former all-female group did Beyoncé used to be a part of?
Destiny’s Child

4. What day of the week is the last day of January
Tuesday

6. What is another term for a Killer Whale
Orca

7. We don’t want to embarrass you if you spell this wrong, but spell embarrass
E M B A R R A S S

9. This Toronto Blue Jay Right Fielder has resigned with the Jays and will be back on the field in the spring?
Jose Bautista