A 23-year-old from the Netherlands decided it was time to break a centuries-old tradition of sexual inequality in playing card decks that rank men above women.

After a lot of trial and error, she designed a genderless deck in which the images of a king, queen, and jack were replaced with gold, silver, and bronze.

After her friends and family scooped up the first 50 decks that she made, she began selling the gender-neutral cards online.  So far she has sold and shipped 1500 decks around the world.

Game shops have also shown interest in the new decks. 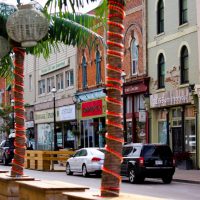