WWE returns to Toronto for two nights on Monday and Tuesday of next week and tickets for both Monday Night Raw and Smackdown Live at the Air Canada Centre are still available. If you weren’t lucky enough to win tickets on Rock 95, here are three reasons you may want to check it out.

As rumours of Brock Lesnar’s return to the UFC continue to fly, his future in the WWE is uncertain. On the July 31st edition of Monday Night Raw, Lesnar’s advocate Paul Heyman told the WWE Universe that if Lesnar loses the Universal Title at Summerslam, he would leave the company. His Summerslam match will see him defend his title against Roman Reigns, Braun Strowman and Samoa Joe at the same time.

What’s Next for John Cena (RAW or Smackdown Live)?

On the August 1st edition of Smackdown Live, John Cena battled Shinsuke Nakamura for the right to challenge Jinder Mahal for the WWE Championship at Summerslam. He battled Nakamura, but lost valiantly. That loss has fans asking: what’s next for Cena? He is currently designated as a “free agent” which means that he can show up on either Monday Night RAW or Smackdown Live. Time will only tell what his next move may be…

For the past three months, the United States Championship has gone back and forth between “The Phenomenal” AJ Styles and “The New Face of America” Kevin Owens. Their bouts have been great thus far and even though their feud is culminating at Summerslam in two weeks, there is sure to be more drama in the weeks leading up to the event. 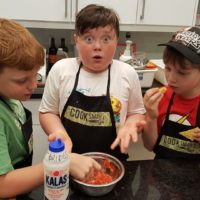