Let’s face it, 2016 was, to put it nicely, absolutely awful… Bad things happened to good people but that’s life, right?

So what do we do in life you ask? Well we pick ourselves up, dust ourselves off and look forward to bigger and better things to come.

Nothings gets you through your day better than some good music right?

We can expect new albums from Katy Perry, Drake, Lorde, Shania Twain (internally squeals a little), The Chainsmokers, Fergie and Iggy Azalea in 2017!

First of all, the new Beauty & The Beast featuring Emma Watson is set to hit the theatres March 17th, which I’m sure every girl young and old is beyond excited for! As well as Fifty Shades Darker in theatres February 10th and the new Baywatch will hit the screen May 19th.

If you have yet to see the trailer for the new Beauty & The Beast, do yourself a favor and click HERE to watch it right now.

I am certain that there is no other highly anticipated movie sequel than the new Star Wars movie. This movie will also feature the late Carrie Fisher as Princess Leia as her scenes were filmed before her passing. See the trailer HERE.

We can look forward to so many great concerts coming to Toronto this year. Chicago, Bon Jovi, Lionel Richie, Blue Rodeo, Arkells, Justin Bieber, City and Colour, and Maroon 5 just to name a few!

Always wanted that super cute outfit you saw on Instagram? Well now that’s possible! This is going to be a great step up for all of the tiny independent clothing labels that Instagram has to offer.

6. There’s going to be a Solar Eclipse

We will be able to witness the great experience that is a total solar eclipse! August 21st, 2017 is the date that the moon will pass over the sun and most areas of Canada will have up to 90% visibility! Space and atmosphere fans, mark your calendars! You won’t want to miss this.

There’s tons of festivals happening all year round in our area, here are just a few:

North by Northeast is an annual music and arts festival held each June in Toronto, Ontario, Canada. The festival’s main focus has always been live music, but it also includes a film festival, a comedy festival, art components, and a digital interactive media conference.

The WayHome Music & Arts Festival is a multi-day music and arts festival held in Oro-Medonte, Ontario, at Burl’s Creek Event Grounds between Barrie and Orillia.

The Osheaga Music and Arts Festival is a multi-day indie music festival in Montreal, Quebec, that is held annually at Parc Jean-Drapeau on Île Sainte-Hélène every summer. The festival takes place on five stages with various audience capacities. 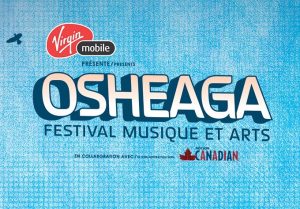