I don’t know about you, but I spend A LOT of my time in comic book stores.
They’re like nostalgia filled craters for dorks and it’s my safe haven!

Now imagine you’re in your favourite local store,  and BOOM! They walk in.

This happened in NYC when Dr. Strange was being filmed!Director Scott Derrickson shared some amazing behind the scenes footage of Benedict Cumberbatch walking into a comic book store, and this is what happened:

While shooting in Manhattan right in front of a comic book store, I spontaneously suggested to Benedict that he go inside and he agreed. pic.twitter.com/ge2DcqWpu1

I would have GEEKED so HARD! He was so sweet about it, and that’s the best part.

The owner of the shop who snapped a pic with the star even shared the shot of the two: 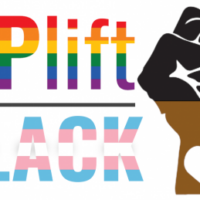