I’m down to my last couple razors and of course Facebook knows that and served me an ad today that caught my attention: a razor subscription service.

I used to be a Dollar Shave Club ‘member’, but even with bi-monthly delivery, I had a glut of razors so I cancelled a couple years ago.  That to say, I know about these subscription services and think they’re handy.

So, when I was served this pink and teal razor ad, I clicked to see A) is it legitimate? and B) how much is it?

The service is legitimate and Mindy Kaling is a spokesperson. It’s called Joy and it is very much marketed to women, or at least, people who shave their legs and like pink.

I decided to head to Dollar Shave Club to see how prices compare and, let me tell you, the Pink Tax is in full force.

Joy is owned by Proctor and Gamble and Dollar Shave Club is now owned by Unilever, both giant parent companies, so this is not a case of small business vs. large when it comes to prices. And while it’s not the same company marking up its products, it’s two nearly-identical products competing in the marketplace- the only difference is, really, to whom the products are marketed.

With Joy, the initial package is $9 and you get a handle ( in teal or pink!), two 5-blaze razors and a shower hook.

Dollar Shave Club’s initial package is $9 and you get a handle, four 6-blade razors and travel-size shave butter.

Both companies offer free shipping and flexible plans (no need to get blades every month).  Dollar Shave Club has expanded its offering since I first used them and now they have shave butter, scrubs, soap etc. which look geared to men. When they first started, it was just blades and handles for people who shave.

Dollar Shave Club costs $10.50 for four 6-blade razors. They have 2 other options with fewer blades for less money.

That’s a 14% difference; 14% more for the razors marketed toward women (not to mention they have one less blade on the razor heads) I like pink and teal but not 14% more. Maybe you do. You get to make the decision!

I’ve been buying ‘men’s’ razors for a very long time and I’ll continue.  They work the same (and it some cases, better!) and cost less.

(Just in case: this is NOT a sponsored post, despite me having used Dollar Shave Club in the past) 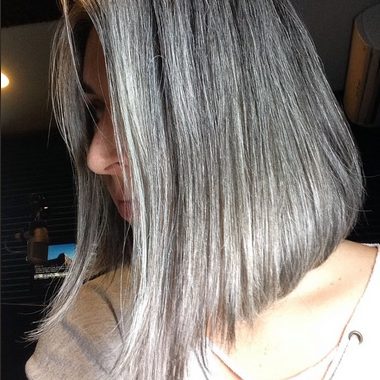