Multi-Grammy award winner Canadian singer-songwriter Alanis Morissette is celebrating the 25th anniversary of her iconic album Jagged Little Pill by releasing a deluxe version as well as a live performance.

The new release will include an acoustic version of the single, “Ironic” which she already released on Thursday:

That version was recorded at Shepard’s Bush in London in early March, right before the lockdown.

She has also restored some of her classic music videos for the singles and they’re in 4k resolution.

I had never actually listened to the whole album before until last week. I realized my parents had a copy so I borrowed it, popped it in in the car and relived the ’90s via Alanis. What a voice!

What’s your favourite song on the album? 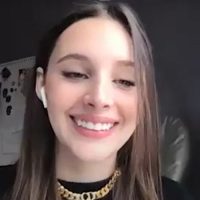