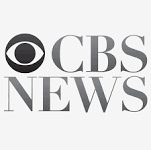 Forgetting loved ones’ names, important dates or events, and details of one’s earlier life are the telltale, heartbreaking signs of Alzheimer’s disease.

Until recently, the scientific community generally accepted the idea that the disease destroys the process by which these memories are stored, thus resulting in their complete loss.

But new research in mice suggests these memories may not be gone after all. Rather, scientists say they’ve found evidence that “lost” memories may just be inaccessible, with the potential to be retrieved.

Researchers from MIT used a technique called optogenetics to stimulate specific areas of the rodents’ brains with blue light to make them recall memories they would not have otherwise been able to remember.

For the study, they gave two groups of mice — one healthy and one genetically engineered to have Alzheimer’s-like symptoms — mild shocks to their feet. The first group seemed to remember the trauma of the shock when they were placed back in the box in which it had first occurred. The mice with Alzheimer’s symptoms did not.

The researchers then located the cells associated with this specific memory — called engram cells — in the animals’ hippocampus, the part of the brain that encodes short-term memories. Next, they stimulated these engrams with blue light.

When they placed the mice back in the box where they had first been shocked, the Alzheimer’s group appeared to remember the trauma they experienced and exhibited the same fear as the healthy group of mice.

But the study authors found that memories restored in this way faded within a day, and they sought to find out why this happened. They noted a reduction in the number of spines — small knobs on brain cells through which neurons pass along information — as the mice aged and their Alzheimer’s disease progressed.

Repeated stimulation to the animals’ brains with high-frequency bursts of light resulted in an increase in the number of spines. This corresponded with the return of the same fear-induced behavior resulting from the initial shock for up to six days, suggesting that restoring lost spines in the brain enabled the mice to remember the shock.

“We have shown for the first time that increasing synaptic connectivity within engram cell circuits can be used to treat memory loss in mouse models of early Alzheimer’s disease,” lead author Dheeraj Roy said in a statement.

Nobel Prize-winning MIT neuroscientist Susumu Tonegawa, who led the research team, said that the findings raise hope that someday treatments could reverse some of the disease’s damaging effects on memory.

“The important point is, this is a proof of concept,” he told the Washington Post. “That is, even if a memory seems to be gone, it is still there. It’s a matter of how to retrieve it.”

In an accompanying editorial, Prerana Shrestha and Eric Klann of the Center for Neural Science at New York University, said the researchers used a “clever strategy.” They called the findings “exciting” and wrote that they “might help to guide engram-based strategies that rescue memory deficits in patients with early-stage Alzheimer’s disease.”

But other experts caution that the technique is not something that can be translated into use for the 44 million people living with dementia worldwide anytime soon.

“While interesting, the practicalities of this approach — using a special blue light to stimulate memory — means that we’re still many years away from knowing if it would be possible to restore lost memories in people,” Dr. Doug Brown, director of research at the Alzheimer’s Society, told The Guardian.