The Barbie movie, which will offer a fresh spin on the doll, is also currently without a director. The movie was pushed from a May, 2017 release to summer, 2018 shortly after Schumer signed on.   The Trainwreck star has a new comedy, Snatched, coming out in May…

The Tony Award winning Broadway show, Hamilton is coming to Toronto for the 2019-2020 theatre season. 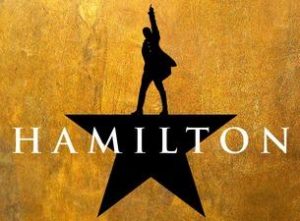 The Touring production will be a part of the Mirvish Subscription season. Exact dates have not been announced. However, we can guarantee that tickets won’t be east to come by. It will also be a limited engagement!

Gwyneth Paltrow is talking about sex on her website Goop with no subject off the table; and we mean nothing is off the table…

Speaking to research psychoanalyst and The Guide to Getting it On! author Paul Joannides, Psy.D., she offers up answers to some of the most common questions about the deed.

As if they weren’t Animated Enough!

Kris Jenner is pitching a animated television series featuring cartoonie Kim, Khloe, Kylie and the rest of the fam.  We’ve learned Kim had a meeting with Harvey Weinstein’s company in L.A. earlier this month to pitch the show.  We’re told “the entire family” will be featured … we’re told it will not include Caitlyn.  Our sources say this is a primetime pitch … and not for kids.