North Simcoe Sports and Recreation Centre, 527 Len Self Blvd, Midland, ON L4R 5N6
May 12, 2017
5:30pm
Join Huronia Museum and friends at our annual Heritage Dinner to hear Peter Twist, Director of Historical Reconstruction, talk about breathing life into history on film and television, He will discuss the pleasures and pitfalls of working on two major Canadian history documentary series; ‘Canada- A People’s History’ and the upcoming ‘Canada – The Story of Us’.
Peter Twist is well known around the world to museum curators as well as film, television and event producers. With a background in fine arts, engineering and teaching, his knowledge of historical topics and events span all periods around the globe.
His impressive CV includes being Historical/Technical Advisor and Military and Nautical skills trainer for Disney’s Pirates of the Caribbean film series; as well as for many well known documentaries for PBS, the History Channel and CBC. Peter is also an internationally recognized, award-winning miniature sculptor and painter who produced prototype action figures for Hasbro, including the world-famous, iconic G.I. Joe.
He continues to be active in the heritage community as a museum board member and event organizer. He writes, lectures, hosts workshops, and has been instrumental in training and establishing a system of command in North America’s British Napoleonic Re-enactment Community. He holds memberships in numerous societies including the Company of Military Historians and has been certified as an Historic Weapons Supervisor.
The Heritage Dinner takes place on Friday, May 12th 2017 at 5:30pm at the North Simcoe Sports and Recreation Centre, in Midland, Ontario. There will be a silent auction, dessert auction and bar. Tickets are available at the Museum for $80 ($40 tax receipts can be given.) For more information, please contact the museum at 705-526-2844. 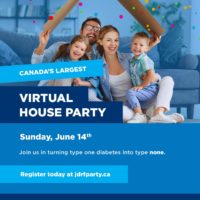