Schwarzenegger posted a video following the siege of the US Capital saying President Donald Trump will be remembered as the worst President in US history and urged Americans to offer their support to President-elect Joe Biden.

“We need to heal, together, from the drama of what has just happened,” Schwarzenegger said in a seven-and-a-half minute video posted on Twitter. “We need to heal, not as Republicans or as Democrats, but as Americans.”

In the seven-minute post to Twitter, Schwarzenegger talked about his childhood in Austria in the wake of World War II, warning of the threat posed by repeated lies and intolerance.

He compared Wednesday’s riot at the US Capitol by a pro-Trump mob to Kristallnacht, also known as the Night of Broken Glass, the rampage of violence by the Nazi regime against Jewish communities, synagogues, and businesses in Germany and Austria in 1938.

My message to my fellow Americans and friends around the world following this week’s attack on the Capitol. pic.twitter.com/blOy35LWJ5 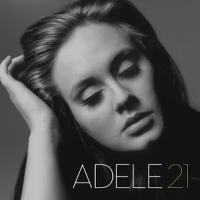