In the summer of 2014, four filmmakers travelled to Barrie,
Ontario to make a documentary on ball hockey. What they found at the Barrie Ball Hockey Club
was a rich subculture, filled with individuals who are beyond passionate about hockey and the
camaraderie associated with it. The film is finally complete and will be premiering at Barrie’s
own Uptown Theatre on Thursday February 4th at 7PM.
Balls of Canada is a 40 minute documentary that follows The Undertakers — led by dedicated
captain Scott Haley — as the team battles for 1st place in the D2 Division at Barrie Ball Hockey
Club. The unique fraternity forged by The Undertakers goes beyond a die-hard passion for the
game. Their friendship and undying support for one-another is what being Canadian is all about.
Interviews with MP Patrick Brown and others compliment scenes at the ball hockey club, the
Barrie Molson Centre, Fil’s Cafe in Duckworth Plaza, and Georgian College.
Chris Gattrell, a member of the Reel Duty filmmaking team, was born and raised in Barrie, and
played hockey at the club growing up. Chris and director Alex Cherney were first-year roommates
at McGill University in Montreal, where they collaborated on multiple award-winning
short films. The rest of Team Reel Duty includes Greg Casino, an accomplished New York film
producer, and James Lamberg, a veteran cinematographer.
The film is dedicated to Cody Beaupré, a hockey player featured in the film, who passed away in
August of 2015. Reel Duty welcomes the entire Barrie community to the premiere screening,
which is free of charge. Moving forward, Reel Duty has plans to submit the film to all major
Canadian film festivals, including the Toronto International Film Festival, and Barrie’s own
Film Festival. 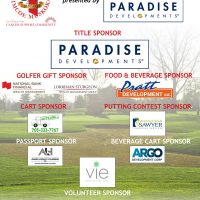 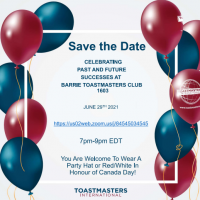