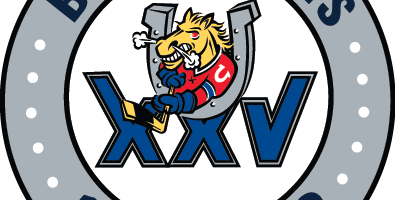 Our OHL Barrie Colts revealed the logo to celebrate their Silver Anniversary today.

It’s already been 24 seasons, not the oldest team in the league by a long shot but the list of great players has become a long one since 1995.

I’ve been privileged enough to have been the Barrie Colts Public Address Announcer at Barrie Molson Centre since 2006.  Now entering my 13th season, I have had the chance to call out names like; Mark Scheifele, Bryan Little, Tanner Pearson, Kyle Clifford & Alex Pietrangelo just to name a few.