Since we’ve been locked down, nature has been out!  The coronavirus shutdown has had a positive impact on nature including happier birds!

According to new research, birds are singing softer, sweeter, and sexier since quarantine began for us humans.

According to the lead author of this study, Dr. Elizabeth Derryberry,  “When noise levels dropped during the shutdown, their songs actually sounded sexier to other birds in the population.”

When humans became less noisy, birds got their sexy back!

I get it… The less noise I hear, the sexier I am… 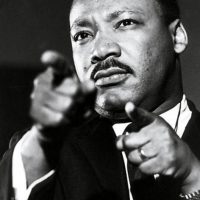