Good stories like this one give you faith in humanity again! Martin Purvis of Calgary is helping his community get through winter by clearing their driveways for them.

Calgary got hit with a huge dumping of snow but Purvis was ready with his snow blower. He set out in his wheelchair, he had a rope and a carabiner and then attached a snow blower to it.

When the snow angel is actually the guy you think needs one. Martin Purvis YOU DA MAN!! Heroes come in many forms 👍🏻
Take note #yycsnow @cityofcalgary @nenshi pic.twitter.com/QsEdBiapHS

“I thought of the idea because we have this rather large snowblower,” Purvis told CTV Calgary on Tuesday. “It is self-propelled. It’s got several forward speeds and a couple of reverse speeds and I felt maybe there was some way that I could manage it.”

“Once I got started, I was having so much fun I couldn’t stop. I did the entire block and then I started on people’s driveways and cleared several driveways,” he recalled. “It was a lot of fun.” 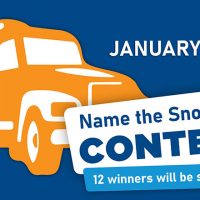