Aladdin is directed by Guy Ritchie and stars Will Smith as Aladdin.  At first,  people weren’t so sure about Will Smith as the genie, however; since this new trailer was released- people are changing their minds. The live action movie will feature some of the original staples including the movie’s iconic song “ A whole new World,” which one a grammy for best original song and was the first Disney song ever to win an Oscar!

Aladdin is out in Theatres May 24th! 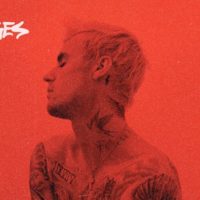