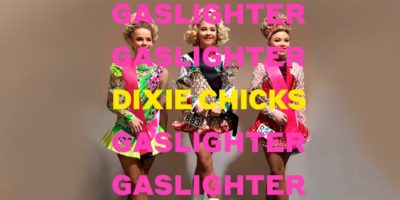 It’s been 14 years since we had a new album from the Dixie Chicks and we were expecting a new one soon but we’ll have to wait even longer now. Their fifth album, Gaslighter was expected to be released on May 1. The group has just announced that they have postponed the release due to COVID-19.

No word yet on when the new release date will be but just this video that they posted to Twitter:

Natalie Maines, Martie Maguire, and Emily Strayer, who make up the Dixie Chicks, join many artists who have delayed album releases due to the global pandemic. Lady Gaga, Sam Smith, Margo Price, Alanis Morissette, Haim, and Alicia Keys have all had music releases affected by coronavirus.

I guess until then I’ll just be listening to their 2006 album Taking The Long Way and playing their single from the upcoming album of the same name on repeat!