Enrique Iglesias and Ricky Martin will be embarking on their very first co-headlining arena tour in 2020.  Get ready to “Live the Vida Loca!”

‘There’s nothing like standing on stage and feeling the power of thousands of people and getting up and to dance.’

The North American tour starts up on September 5th! The tour will make a total of 21 stops across the United States and Canada.

The tour is stop in Toronto at Scotia Bank Arena on October 8th!  Tickets on sale March 12th at 10am… 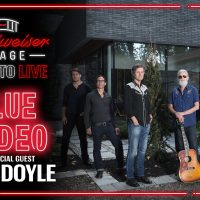