All lanes of the 400 northbound and southbound between Highway 89 and County Road 88 have reopened, though OPP say the right lane northbound will be closed at 9:30 this morning for an environmental clean-up. It could take several hours. Sergeant Kerry Schmidt of the OPP Highway Safety Division says one of the possible causes of the crash they’re looking into is inattentive driving. A tanker truck slammed into a pack of other vehicles that had slowed as a result of an earlier collision in the northbound lanes. A driver involved in that crash is facing impaired driving-related charges. Names of the three people killed in yesterday’s crash and fire have not been released.

Multiple vehicles, at least three deaths reported in a fiery crash last night on the northbound 400 between 88 and 89. OPP Sgt. Kerry Schmidt tell us two tanker trucks and three other transport trucks, as well as other vehicles, were involved – some of the vehicles have been reduced to their metal frames.

He adds the collision happened as traffic was slowing on the 400, following a suspected drunk driving crash about a half hour prior.

All lanes north and southbound between 88 and 89 will be closed for the morning commute, perhaps for most of the day, as police do their investigative work and crews get the scene cleaned up.

The South Simcoe Police Service has established emergency alternate routes around this closure, as seen below. 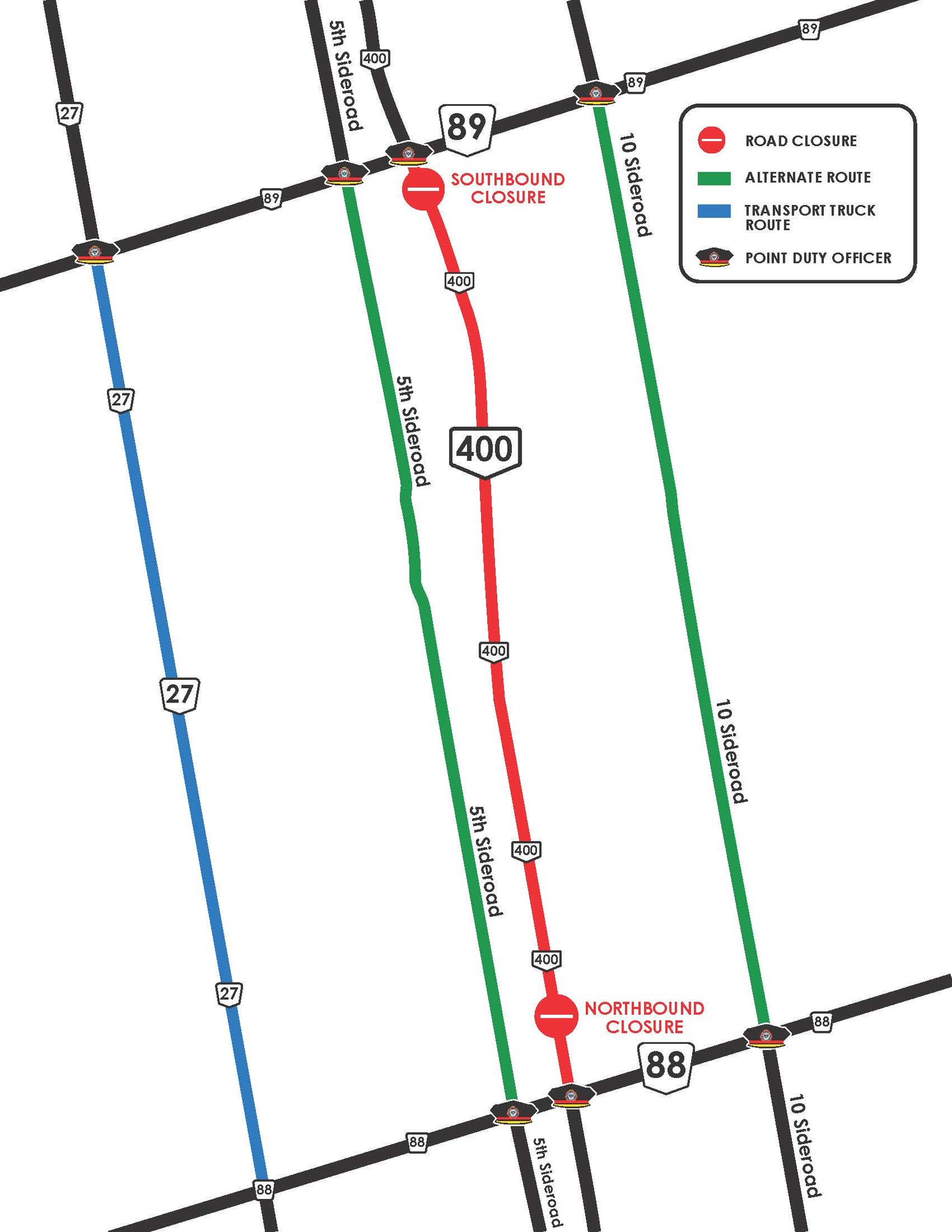