It’s safe to be a Seal until Sunday…

I started getting excited for Shark Week because of this historic drone video capturing interaction between 2 Great White Sharks. A first to be seen on video!

Scientists say this interaction between two great white sharks is the first of its kind to ever be caught on camera.

Since we’re all shark lovers here, the full schedule for Shark Week is out and it’ll take a bite out of your personal time at the end of the month.

8 p.m.: Sharks of the Badlands

10 p.m.: The Sharks of Headstone Hell 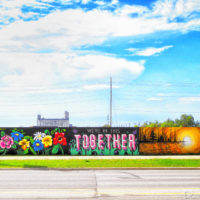