Oreo has just announced that, in January 2010, a gluten-free Oreo cookie will be available. This is great news for those with Celiac disease who have been missing the great flavour of the iconic chocolate sandwich cookie.

These will be permanent member in their product line and available in regular OREO Cookies and Double Stuf.

I LOVE Oreo cookies. That’s why I don’t buy them often- because if I did, I’d eat an entire box in the course of two days! In Jamaica, 4 packs of Oreo cookies are readily available. That’s the amount I need to buy at one time.

History of the Oreo

The beloved chocolate and cream cookie was first developed and produced by the National Biscuit Company (today known as Nabisco) in 1912 in Chelsea, New York.

In the US, Oreos are made by Nabisco while, in Canada, the cookie is made by Christie, which was bought by Nabisco in 1928.  This seems to be one of the reasons that, in the US, there are A LOT of Oreo flavours while, here in Canada, we only have a few varieties beyond the original chocolate and the Golden Oreo (which I maintain taste just like the original Girl Guide Vanilla cookies that were made by Christie.)

Some of the Oreo flavours included: 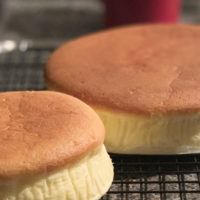