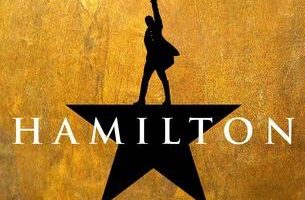 Fans in Canada have been waiting for this Broadway show, and yesterday marked the first day of a three-month run in Toronto!

According to the dailyhive, back in October, Hamilton broke records when 30,000 people tried (a lot successful) to get tickets to Mirvish’s production of the hottest show around.

The show is the story about America’s Founding Father Alexander Hamilton, an immigrant from the West Indies who became George Washington’s right-hand man during the Revolutionary War and was the new nation’s first Treasury Secretary.

The score that blends hip-hop, jazz, blues, rap, R&B and has won a Tony, a Grammy, and Olivier Awards, the Pulitzer Prize for Drama.

And if you didn’t get tickets back in October, not to worry.

Mirvish says 40 tickets will be sold for every performance for $10 each, and they will begin two days prior to each performance.

Here is how to get $10 tickets to Hamilton in Toronto