Canadian author, Margaret Atwood, is writing a sequel to her 1985 novel The Handmaid’s Tale. It will be set 15 years after the original story and will be told by three women narrators. The new novel is called The Testaments and will be released Tuesday September 10, 2019.

If you haven’t read the original novel and but are watching the show, you probably heard that Season 2 of the show is not based on the book. The novel ends with Offred getting into the van.  What you might not know is that the post script of the novel is very interesting and, if you haven’t read the book, I don’t want to spoil that. What I’m saying is: read the novel! Then you’ll be very excited for the sequel because you’ll want to know… what happened!?

Yes indeed to those who asked: I’m writing a sequel to The #HandmaidsTale. #TheTestaments is set 15 years after Offred’s final scene and is narrated by three female characters. It will be published in Sept 2019. More details: https://t.co/e1umh5FwpX pic.twitter.com/pePp0zpuif

The Handmaid’s Tale has sold eight million copies globally in the English language.

I’d also like to suggest the MaddAddam Trilogy from Atwood as something to add to your reading list. It’s quite a tale. 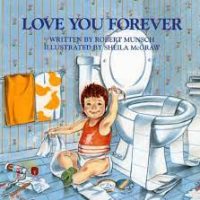