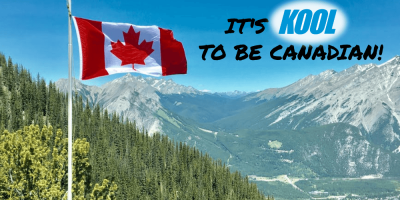 Brought to you by:

On July 1st we celebrate this great nation and all that it has to offer.

We all know it…it’s Kool to be Canadian.

And this Canada Day, Kool FM is honouring Canada by playing 12 hours of exclusively Canadian programming, showcasing lots of Canadian music and all the things that make Canada Kool! Like having the world’s largest skating rink. Think of it as your very own patriotic soundtrack… no matter how you plan on celebrating Canada Day!

It’s Kool to be Canadian, this Canada from 10-10pm brought to you by Paul Sadlon Motors,  Best in Barrie since 1971 and proudly Canadian only on  107-5 Kool FM!