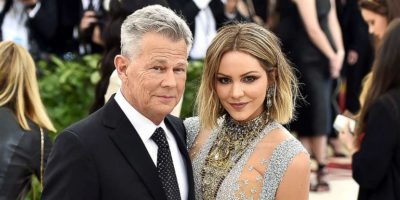 Age doesn’t matter when you’re in love. He’s 68 and she’s 34 and the couple confirmed their engagement yesterday!

This will be Katherine’s second marriage and David’s fifth. David has 5 children from his previous relationships.

McPhee and Foster first crossed paths in 2006 when Foster served as a mentor during love songs week in Season 5 of “American Idol,” on which McPhee was competing.