The future of live music during the COVID-19 pandemic may be drive-in concerts. On Thursday night, Keith Urban played a surprise show for health care workers at the Stardust Drive-In in Watertown, Tennessee. “Concert-goers” could watch him perform from the safety of inside their own cars.

Keith Urban and his team reached out to LiveNation concert promoter Brian O’Connell with the idea. They gave out car passes to Nashville’s Vanderbilt University Medical Center so that the doctors, nurses and other staff could check out the show.

Watch how it all came together:

The idea of drive-in concerts has come to Canada too. Indie-rock band July Talk has announced a concert at a drive-in movie theatre “near Toronto” this summer.

SHOW ANNOUNCE :
SAVE THE DATE

we’re over the moon to announce that we’ll be performing live on august 12th + 13th at a Drive-In Movie Theatre near Toronto! 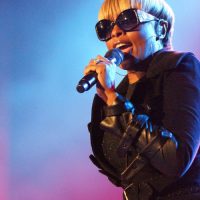