Kit Harington was a rugged, battle tested warrior before he was Jon Snow on Game of Thrones. In an interview for W Magazine, Kit talks about how he showed up to his first Game of Thrones audition with a black eye after he brawled in a McDonald’s. We presume no swords were allowed in this fight. and just an FYI….The stars of the “Game of Thrones” have gotten huge raises and will make $500,000 per episode next season.

Confirmed: Game of Thrones will come to an end in 15 episodes or less.

The Executive Producers say the end they want, should take 13-15 episodes max and will span across two seasons. They know down to the minute how they want it to play out, meaning hopefully there is no time wasted in the upcoming 7th and 8th season.  Roughly 73 hours is all they need. Recently, the main 5 cast members all received a pay hike. They will make $500,000 per episode. Meaning if they survive, they will rack up $7Million.

Drew Barrymore is working on a deal to start her own talk show.

According to a report, Drew will be the narrator of the program, which follows couples on first dates over the course of one night in a restaurant.  At the end of each episode, the daters will reveal if they are interested in seeing their partners again. 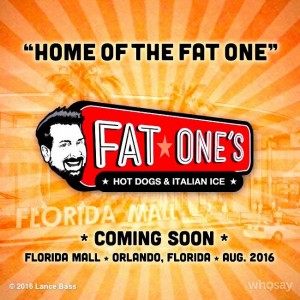 Joey has decided to succumb to his horrible nickname and open Fat One’s, a mall hot dog stand! This is what happens when being in boy band doesn’t work out.Joey said in a statement, “I’m excited to open this new venture which is a combination of who I am, where I’m from, and where I’ve been. Launching Fat One’s at The Florida Mall, where I roamed as a middle school kid, felt like a perfect fit for our first location.”

The 66-year-old posed for the July cover complete with the gold medal she won in 1976 Olympic games.