Even though the Dixie Chicks have postponed the release of their new album they at least gave us a new song the day before the album was originally dropping which was May 1!

“We can’t give you the full album just yet but, we also couldn’t let May 1 pass by without sharing a new song with you. So, here is track #9 ‘Julianna Calm Down’ off Gaslighter,” the group said of the new track. “We hope it makes you feel empowered, smile and strut the f*** around like you’ve got nothing to lose. We will strut through this time together.” 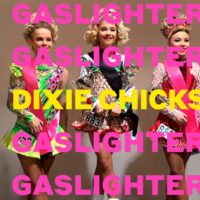