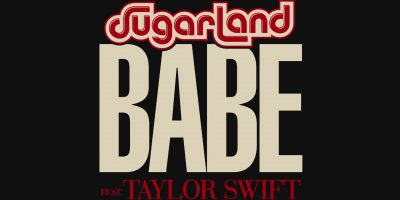 Taylor Swift has returned to her country roots. She wrote this song back in 2012 and didn’t end up making the cut for her Red album so Sugarland’s got it now and Taylor is featured on it.

It’s called “Babe” and has me thinking that for her next album, she’ll be off to Nashville and recording a whole country record.