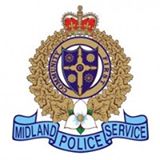 Former Midland police officers have gotten some answers. An arbitration process over benefits and severance for officers of the now-disbanded municipal policing service has come to an end, Not only do former civilian and uniformed members get a 1.9 per cent salary increase out of the deal, those not hired on by the OPP will also get the choice between a 5-week per year of service lump sum severance package, or salary continuation for 4.25 weeks per year of service. Benefits will continue for those members too, while uniformed officers hired on by the OPP do not get the same consideration.