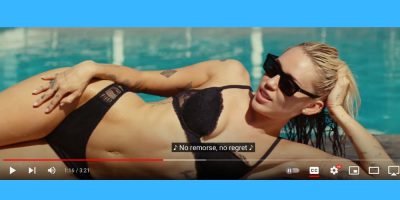 Miley announced that she has a new album coming. Fans are super excited for the first new album in three years coming out on March 10th.

The new single “Flowers” was released today with a video to boot! Check it out!

Great song Miley! But it does sound familiar… And if you’re thinking, where have a heard that tune before? Perhaps it’s borrowed from Bruno Mars “When I Was Your Man.”

Hopefully this doesn’t cause any copywrite issues, because the new track is fun and catchy!