This past weekend, (October 21st) was the Toronto Waterfront Marathon.

Julie Hillis is a certified Super Mom! Along with her 4 kids Duncan, Sarah, Maggie & Isa she broke the record for the Fastest Half Marathon Pushing 2 Double Strollers! WHAT???

Thirteen Guinness World records were set at this past Sunday’s #STWM, including Julie Hillis, who ran a 2:04:59 half-marathon while pushing her four kids in two double strollers. https://t.co/mjvJZQAn2x pic.twitter.com/fvR8yYmggx

With Halloween approaching many of the other records included costumes…

Bradley Vincent ran an entire Half Marathon dressed as a poo emoji. He’s now in the Guinness World Record for Fastest Time Dressed as an Emoji with a time of 1Hr38Min.

Fred and Barney left Bam Bam at home when they set the record for Fastest Half Marathon in a 2 Person Costume. In a time of 1Hr30Mins, they even ran the entire distance with The Flinstone car, which ironically is how that car is powered. 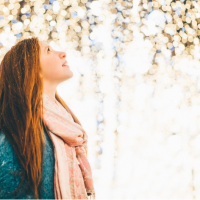