The Member of Parliament for Barrie-Innisfil, John Brassard is hosting his first annual Christmas Family Skate at the Barrie Molson Centre (555 Bayview Drive, Barrie) this Saturday Dec. 10th from 2-3pm.
This is a free admission event held to support the Barrie Food Bank. Skaters are encouraged to bring non-perishable food items and/or make a small donation at the event.
There will be complimentary hot chocolate and candy canes for those in attendance. Members of the OHL’s Barrie Colts, as well as mascot “Charley Horse”, will take to the ice and be on hand for photo opportunities.

2,800 people visit the Barrie Food Bank each month where 70,000 pounds of food are delivered to less fortunate residents.
Peter Sundborg, the food bank’s Executive Director is hoping for a large turnout to help support their holiday food drive.
“It is great to see John Brassard carry on the tradition started by former Member of Parliament, Patrick Brown, to support the Barrie Food Bank at the MP’s annual Christmas Skate. Thousands of pounds of food were collected during Patrick’s years in office and with this annual event continuing, the spirit of giving is alive and well in South Barrie and Innisfil. Thank you to MP Brassard for carrying the torch forward and helping those less fortunate during the holiday season”, said Mr.Sundborg.
In addition to this event, MP Brassard will also be collecting items for the Innisfil Food Bank at his Christmas Open House to be held on December 16th.
The following is a list of items most in demand by the Barrie Food Bank:
Powdered Skim Milk
Jam
Mayonnaise
Formula
Large Size Diapers – #5/#6
Can Vegetables
Can Stew
Tuna
Can Salmon
Can Pasta
Sugar
Flour
Pancake Mix
Peanut Butter
Breakfast Cereal 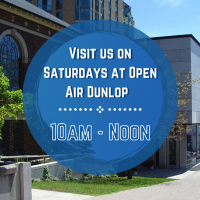