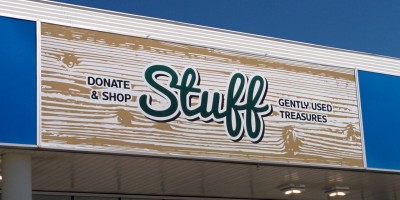 There’s a different sign on the front of what used to be the Goodwill Store on Bryne Drive in south Barrie – it says Stuff, which is what you’ll find inside. Former Goodwill employee Chad Smith bought the store through Goodwill’s bankruptcy. He says there’s a big demand for thrift stores, “I think people are so environmentally conscious these days that they really don’t want to throw away stuff they don’t want..they don’t want to just throw it out, they don’t want to fill-up landfills. They’re looking for ways to re-use the items that are…reusable.” Smith has hired some other former Goodwill employees to run the shop, which opens today.