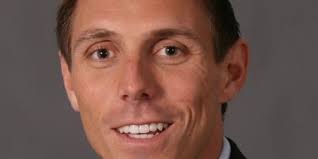 Patrick Brown is returning to politics. The former PC Leader and member of Simcoe North will run to be the first elected chair of the Region of Peel. The 40-year-old lawyer lives in Mississauga’s Lorne Park neighbourhood with his fiancée, less than six months after his stunning resignation as Tory leader following allegations of sexual impropriety with two women.