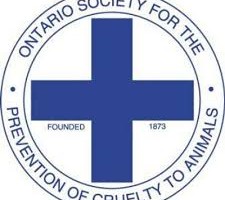 Animal cruelty charges have been laid against the owner of the Bowmanville Zoo east of Toronto. This has to do with a video that surfaced last year that appears to show him hitting a tiger with a whip during a training session. The OSPCA began investigating in December. It has laid four charges of causing an animal distress and one of failing to comply with prescribed standards of care for an animal. Three of the distress charges are related to use of the whip.