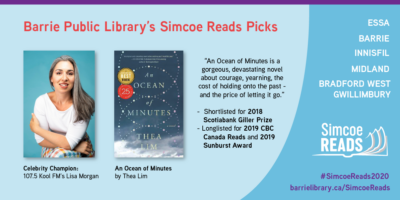 The Barrie Public Library is joining 4 other local libraries for a cover-to-cover competition called Simcoe Reads. This summer, read the 5 selected titles and then choose which book you want to support in September.

Lisa Morgan is the BPL’s Champion and the book she is defending  An Ocean of Minutes by Thea Lim.

Join Lisa and Thea Lim for the Author talk on September 3rd at *EDIT* 6:30pm. Find the details and register here!

An Ocean of Minutes is a dystopian fiction novel set on the backdrop of a global flu pandemic that started in the 1980s. Add in a love story and time travel and you have a fantastic tale that sweeps you along.

When Frank catches the virus, his girlfriend Polly will do whatever it takes to save him—even if it means risking everything. When she finds out there’s a company that has invented time travel, she agrees to a radical contract: if she signs up for a one-way-trip into the future to work as a bonded laborer, the company will pay for the life-saving treatment Frank needs. Polly promises to meet Frank again in Galveston, Texas, where she will arrive in twelve years.

But when Polly is re-routed an extra five years into the future, Frank is nowhere to be found. Alone in a transformed and divided America, with no status and no money, Polly must navigate a new life and find a way to locate Frank, to determine if he is alive, and if their love has endured.

The other libraries, Bradford West Gwillimbury, Essa, Innisfil, and Midland, will announce their Champions and their books as the week goes on. Check back here to find out what they are! 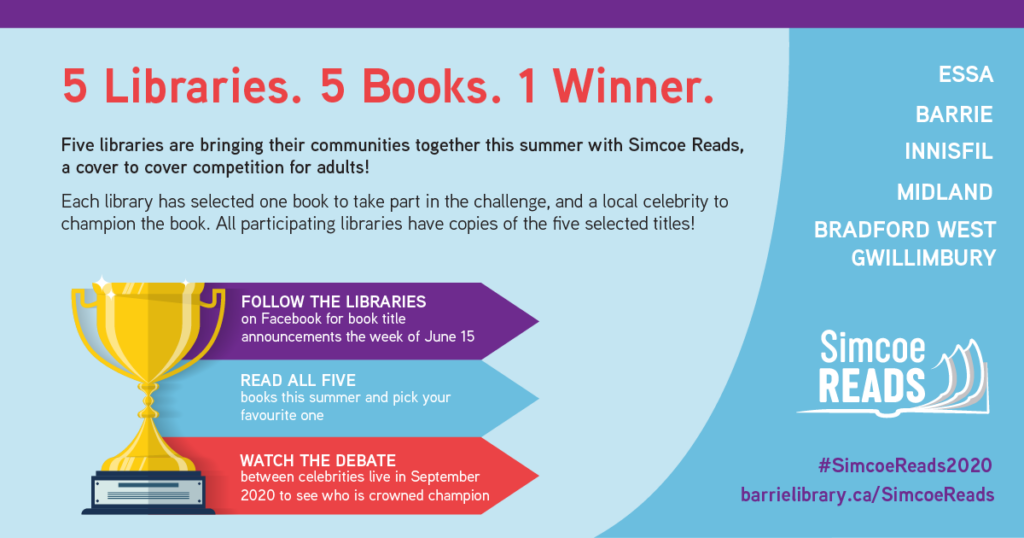 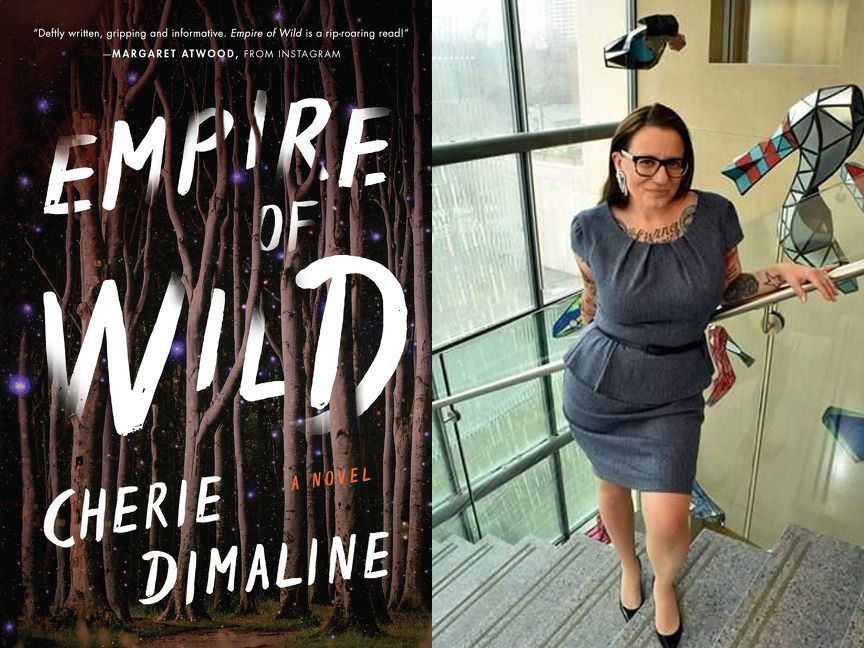 Empire of Wild by Cherie Dimaline

Encompassing themes of colonialism, love and family, resource development and community, this novel, inspired by the traditional Métis story of the Rogarou – a werewolf-like creature that haunts the roads and woods of Métis communities – is an inventive, engrossing and thrilling read. 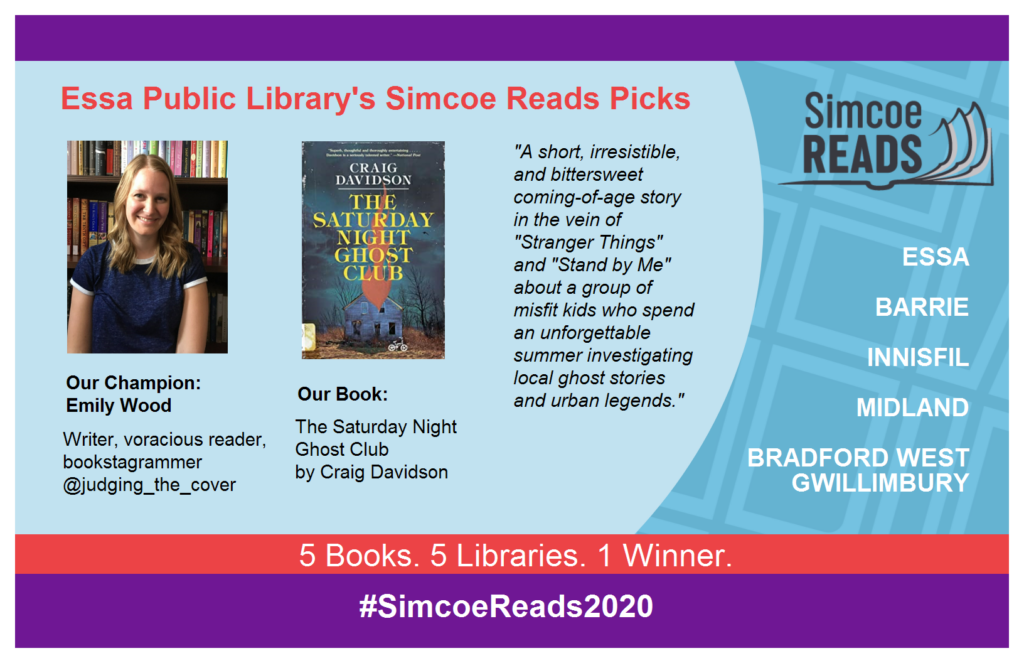 Growing up in 1980s Niagara Falls–a seedy but magical, slightly haunted place–Jake Baker spends most of his time with his uncle Calvin, a kind but eccentric enthusiast of occult artifacts and conspiracy theories. The summer Jake turns twelve, he befriends a pair of siblings new to town, and so Calvin decides to initiate them all into the “Saturday Night Ghost Club.” But as the summer goes on, what begins as a seemingly lighthearted project may ultimately uncover more than any of its members had imagined. With the alternating warmth and sadness of the best coming-of-age stories, The Saturday Night Ghost Club examines the haunting mutability of memory and storytelling, as well as the experiences that form the people we become. 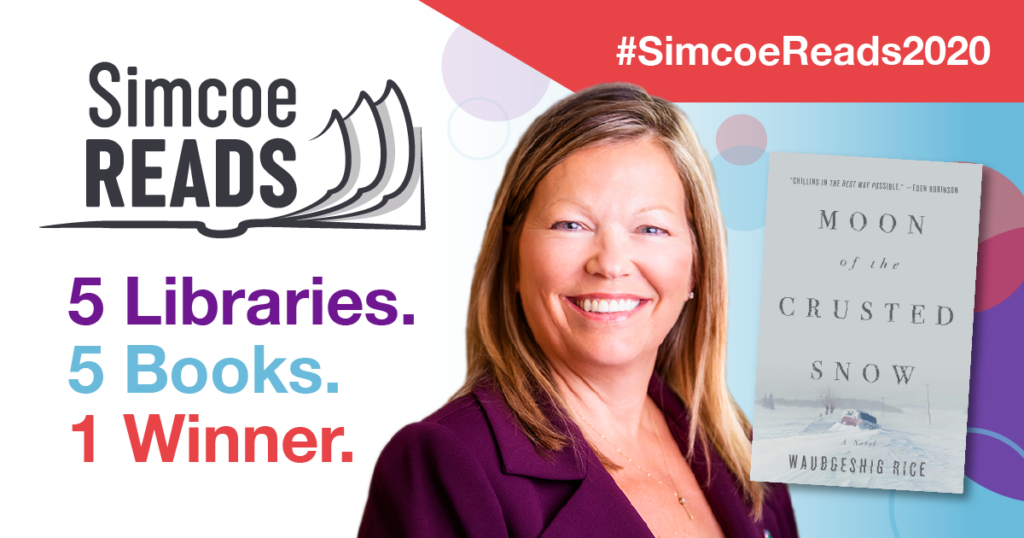 Moon of the Crusted Snow by Waubgeshig Rice

With winter looming, a small northern Anishinaabe community goes dark. Cut off, people become passive and confused. Panic builds as the food supply dwindles. While the band council and a pocket of community members struggle to maintain order, an unexpected visitor arrives, escaping the crumbling society to the south. Soon after, others follow.

Blending action and allegory, Moon of the Crusted Snow upends our expectations. Out of catastrophe comes resilience. And as one society collapses, another is reborn. 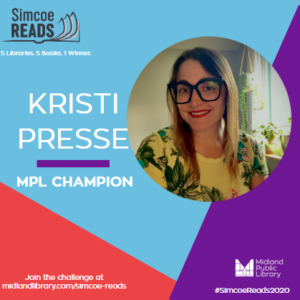 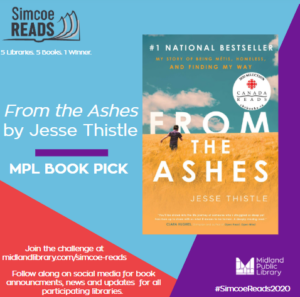 From the Ashes by Jesse Thistle

A heartwrenching memoir of homelessness and coming to a more full understanding of his Metis identity, this is a disquieting but essential read. Following his footsteps through loving and traumatic childhood homes, and then a spiral of addiction, incarceration, and homelessness, we finally see that Jesse’s story is one of utter truthfulness, courage, and resilience. 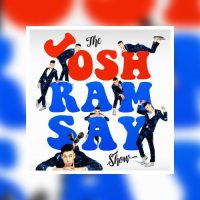 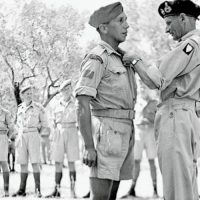