The latest shoe in Sarah Jessica Parker’s line of footwear is paying homage to one of Carrie’s classic lines from “Sex and the City.”

The epic shoes measure 4 inches high!  The white stiletto pumps come emblazoned with the words “Hello Lover” written across them in a newsprint font. The right shoe features the Hello in black, while the left has Lover written in pink.

Our @sjpcollection Hello Lover Fawn. With mismatched grosgrain up the back. I don’t know what took us so long… Available now exclusively on sjpbysarahjessicaparker.com X, SJ Ps just search HELLO LOVER on our website and I have learned they are flying,but please know we will re-stock soon so feel free to add your name to our waitlist on our product page! So delighted to see the happy response to our new addition!

Parker’s new heels come in sizes ranging from 4 to 12, but may require a “Mr. Big” sized bank account as each will set you back $395 plus tax.

Sarah also sells a shoe named “Carrie,” this is the only other time she’s paid tribute to the beloved series with one of her designs from SJP by Sarah Jessica Parker collection.

“Sex and the City” premiered in 1998 on HBO and aired for six seasons before signing off in 2004.

Parker, Cattrall, Kristin Davis and Cynthia Nixon all reprised their roles for the similarly titled feature film in 2008. The sequel, “Sex and the City 2,” came out two years later in 2010. 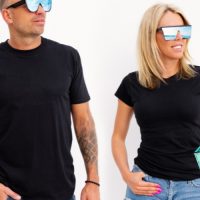