South Simcoe Theatre is gearing up to celebrate their 50th Anniversary later this month with their opening production of 50: Our Golden Celebration running November 24 through December 11th at the historic Old Town Hall in Cookstown.

South Simcoe Theatre has been presenting top notch community theatre productions from the remarkable Town Hall in Cookstown since 1983, but the theatre group’s history goes all the way back to its beginning in 1966.

Originally known as the South Simcoe Choral and Drama Society, their inaugural production in 1966 was The Mikado, presented in the gymnasium of Banting Memorial High School in Alliston. The driving force behind the young theatre group was Joan Megraw, the group’s founder and a member through the years and in 2001 was one of 6 members awarded with Lifetime Membership. Joan will be honoured in each of the performances of 50: Our Golden Celebration including a special tribute on Saturday, November 26 when the group salutes’ her inspiration and contribution to the Theatre Group for her many years of service and commitment. In addition, other founders and alumni will be honoured including Jim & Ethel Johnstone, Blake Constable, Tony Gilsenan, Barbara Greaves and Dr. Ken Ingster.

The 50th anniversary show (Our Golden Celebration) will feature a cast of 21 performers and 3 musicians taking to the Town Hall stage for a two hour revue of music spanning some 125 years from over 50 different musicals performed over the years! The song list includes well known favourites such as Oklahoma, There’s No Business Like Show Business, Luck Be A Lady Tonight, Comedy Tonight, Can’t Help Lovin’ That Man, and Somewhere Over the Rainbow.

Many of the cast have been involved in several SST shows over the years, and three in particular (Stephen Bainborough, Ann Johnston and Cathy McCauley) have been involved since the mid-1980s, and are returning to recreate musical moments from their history with the company. The Music Director and arranger for the show, Renee Cingolani, will be performing live at each performance and her history with the group spans 20 years, having made her debut with the group on stage in the 1994 production of Oklahoma. She has also appeared on stage in My Fair Lady and Closer Than Ever.

KOOL FM is excited to announce that radio personality Leanne Page will make a special guest appearance in 50: Our Golden Celebration performing Somewhere That’s Green from Little Shop of Horrors on KOOL FM night Friday November 25th. Be listening to KOOL FM for your chance to win tickets to this special performance! 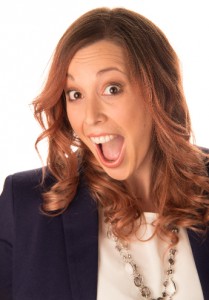 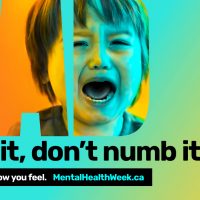