Based solely on how many times I’ve watched the movie, Ever After, the 1998 retelling of the Cinderella story starring Drew Barrymore, would top the list. I really love that movie and so does my daughter. It was the first full length film she ever saw. Afterwards, when we met someone named “Danielle” or she heard that name in another show, she’d whisper to me “That’s Cinderella’s real name!”

The movie used to be on Netflix but was removed, presumably after Disney acquired 20th Century Fox in 2019. I own the movie on VHS but our VHS player isn’t hooked up so we bought the film on iTunes for $10 and have watched it again and again.

Well, now you don’t have to buy the movie or revive your VHS player to see the best Cinderella movie. On September 18th, it hits Disney+!

Ever After is a beautiful and funny retelling of the classic Cinderella tale, with a strong heroine.
The tale has origins as far back as Greece over 2000 years ago and China over 1000 years ago. The best known version is that from French writer Charles Perrault in 1697 and The Brother’s Grimm version dates to 1812. Both the Brothers Grimm and Perrault are referenced in this 1998 film version. Oh, a Leonardo da Vinci is a featured character!

If you haven’t seen Ever After, now’s the time to cozy up and watch.

Some other movies hitting Disney+ this fall include The Fault in Our Stars and Hidden Figures. 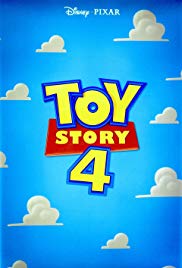