The movie Clueless turns 25 next year (WHAT?)

Over the weekend several cast members got together at a Comic Con. Including “Cher,” Alicia Silverstone, “Josh,” Paul Rudd “Murray,” Donald Faison and “Travis,” the stoner skater dude played by Breckin Meyer.

.@donald_faison: Do you remember, y’all took me out for my 21st birthday?@AliciaSilv: *I* was there?!?

Paul Rudd: Do you remember *anything* about making this movie??

Considering everything 90’s, (except plaid) has been coming back the cast were asked about a possible Clueless sequel; They claim there is no serious talk of one but a reboot could be possible.

So much fun hanging out with these boys today #paulrudd @donald_faison and @breckinmeyer! Such a great day at #c2e2 pic.twitter.com/fjXeIrGKad

“Do you prefer fashion victim or ensembly challenged?” Ouch, cher that was harsh! Fans of the movie obviously dressed appropriately for this reunion.

Y’all, #C2E2 is READY for the #Clueless reunion! #cosplay pic.twitter.com/Bb5F4xLkUD 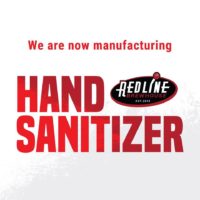