The members of the Huronia West Detachment of the Ontario Provincial Police (OPP) are asking the public for their assistance in solving this crime. On June 27, 2018, between the hours of 3:00 am & 1:00 pm, unknown suspect(s) cut a fence and gained entry into a mini storage business located at 1489 Snow Valley Road in Springwater Township. The suspect(s) entered several units by cutting off pad locks on the overhead doors. The only property reported stolen was a custom manufactured front residential door worth approximately $15,000. If you have any information in regards to this crime please contact the Huronia West O.P.P. at (705) 429-3575 or call Crime Stoppers at 1-800-222-TIPS (1-800-222-8477) or submit your information online at www.crimestopperssdm.com. 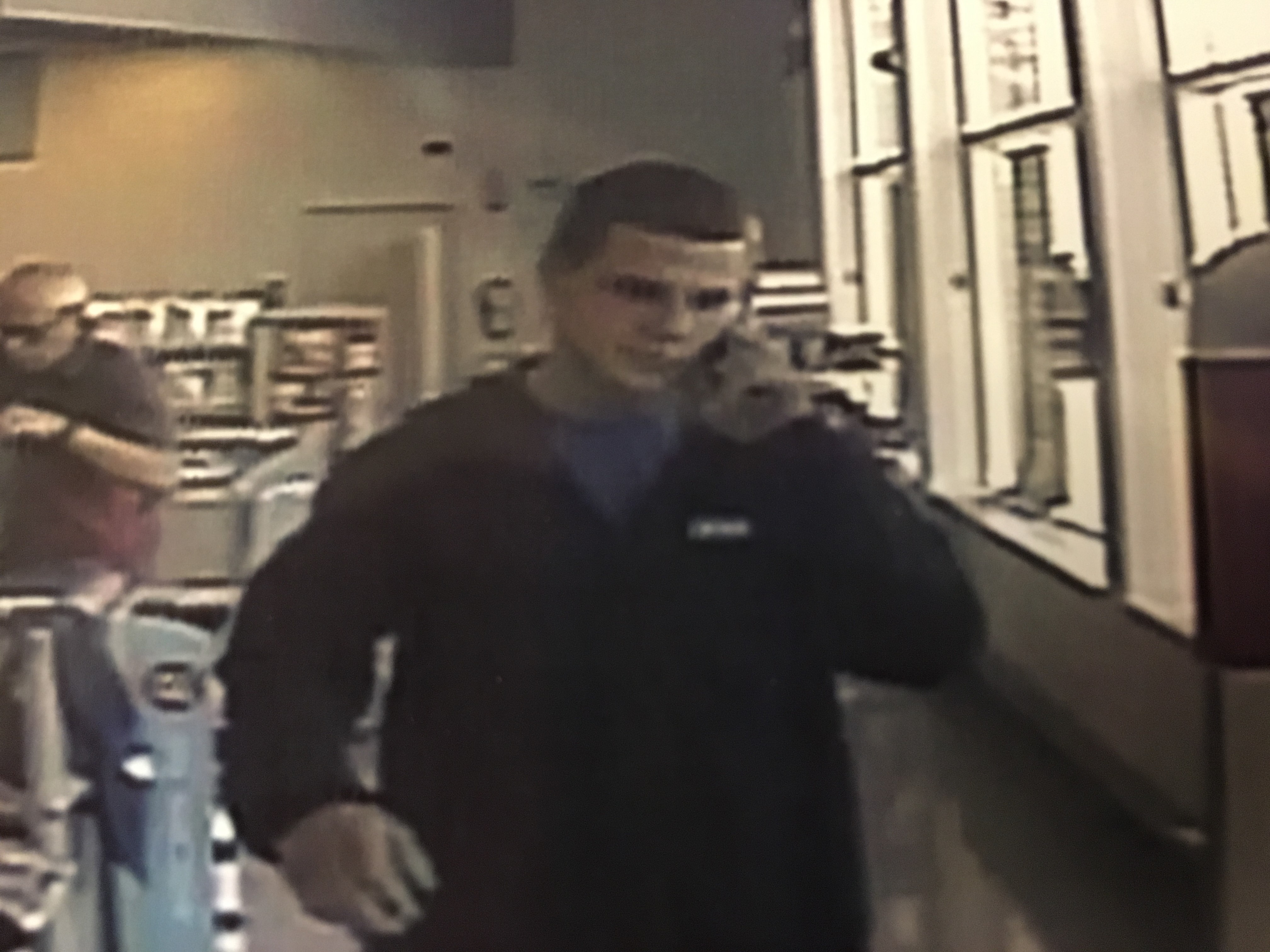 South Simcoe Police Service officers are appealing for the public’s help to identify a man wanted for shoplifting fragrances from a Bradford drug store. Police were called to the store on Holland St. West around 3:30 p.m. on Saturday, June 30, 2018 by an employee who reported a theft that had occurred earlier in the day. Upon arrival, officers learned the same suspect had also been in the store on Friday, June 29, 2018. Investigation revealed that items had also been stolen on that day. The suspect is described as white with blue eyes, a shaved head and clean shaven.  He was wearing black jeans and a black PUMA jacket with white lettering on the left breast area. He was seen driving a green, four-door vehicle with a flag mounted on the driver’s side window. Anyone who can identify this suspect is asked to call South Simcoe Police at 905-775-3311, 705-436-2141 or Crime Stoppers at 1-800-222-8477(TIPS).