Taylor Swift posted a teaser Sunday for her video to her new song “You Need To Calm Down”.

Asked a few friends to be in the You Need To Calm Down video 😄 Out tomorrow at 8:15am ET

And, here’s the video with all those celebrities and a reunion of two olds friends who have put a feud behind them.

This meal is BEEF-free #MeatFreeMonday 🍔♥️🍟 #YNTCDmusicvideo Link in Stories

Last week, Katy Perry posted a photo of a plate of cookies with a message written on the plate “Peace at Last”

Katy Perry and Taylor Swift have been in a rumoured feud for the last several years. As the story goes, in 2013, dancers from Taylor Swift’s tour left to dance for Katy Perry and that’s what started it. in 2014, Taylor released “Bad Blood” and said it was about someone in the music industry whom she thought was her friend. It’s nice to see that two old friends are friends again.

In other news, on Friday June 14th, Taylor surprised fans with a performance at the Stonewall Inn in New York City and wished the crowd at the site of the LGBTQ rights landmark a happy Pride Month.

I’m so happy I don’t have to keep this secret any longer. Look who came to celebrate the 50th anniversary of Stonewall at the Stonewall Inn. @taylorswift13, you are a gem. Thank you for everything you do for the LGBTQ community. We ❤️ you! 🌈 https://t.co/ICE2b3arxU 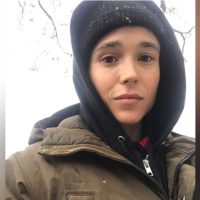