“Staff have learned the importance of actively managing corporate security risks in this day and age.”

The town managed to negotiate with the hackers. The town’s first counter started at 1.5 bitcoins and then the Town ended up paying 2 bitcoins for 3 servers – which the town says held enough information to restore their system to 85-90 per cent recovery. Treasurer and Director of Finance Jocelyn Lee told Council Tuesday they had to  buy back one more server so they ended up paying the hackers 3 bitcoins total, costing $34,950.

That was only a portion of the cost though. In Lee’s report to council she noted they have paid three different consultants $37,181 so far. That money is split between Compu-Solve, security specialists ISA Inc. and virus decryption specialists Hexigent.

There were some other costs incurred as well along the way including $9,590 to third-party software vendors and internal staff overtime, valued at $31,370. After each department in the town reviewed productivity and efficiency losses they concluded the hit was around $88 thousand dollars. The total cost of the virus to date is $251,759.

Another post-incident report coming out in August will assess what security measures the Town has in place at the time of the attack. Lee said it’s clear from these costs that this was an expensive occurrence for the Town and staff have learned the importance of actively managing corporate security risks in this day and age. Officials don’t believe personal data was taken, but the municipality says if it was – they will publish formal notices to residents. 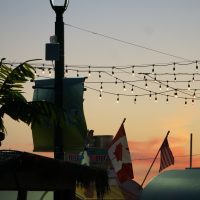