When world-renown photographer, David Hobby, saw Vogue’s cover featuring US Vice-President Elect Kamala Harris, he thought it was a fake. Why? Because “it’s so bad”.

This @voguemagazine cover of Kamala Harris is so bad, I assumed it was a fake.

He went on to say “On the bright side: congrats to all of the cheesy iPhonographers who can now truthfully lay claim to doing “Vogue-quality work.”

He certainly wasn’t the only one who thought this cover was terrible.

As the daughter of a former photojournalist, married to a photography teacher and a decent photographer myself, I certainly shared the sentiment.

The lighting, the expression- so bad.

My husband’s high school photography students could have done better. Even with only a small window of time with a subject, with preparation, you can produce beautiful photos. This cover feels insulting even though you know that wasn’t the intent. https://t.co/S9V8BhkX8D

Sources tell the Associated Press say that the Harris team was “blindsided” by the decision to use that particular photo.

A more formal portrait of the first woman to be elected to the US vice presidency was released for the digital edition.

But, Vogue is defending the use of a photo that, to many, should have never made it past the first cut.

In a statement to the New York Times’ Kara Swisher, (note: article/podcasr behind paywall), Vogue Editor-In-Chief, Ana Wintour, says “Obviously we have heard and understood the reaction to the print cover and I just want to reiterate that it was absolutely not our intention to, in any way, diminish the importance of the vice president-elect’s incredible victory.”

Vogue has said that they chose the more informal portrait to allude to the more “authentic, approachable nature, which we feel is one of the hallmarks of the Biden-Harris administration.”

But, there’s a difference between an informal photo and a bad photo and, in my opinion, Vogue’s print cover photo is the latter.

Check out some of the reactions to Vogue’s two covers by clicking on the tweet below.

Making history was the first step. Now Harris has an even more monumental task: to help heal a fractured America—and lead it out of crisis. Read the full profile: https://t.co/W5BQPTH7AU pic.twitter.com/OCFvVqTlOk 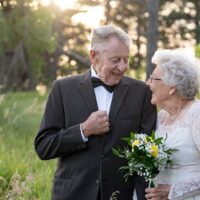