In December 2016, Rogers Hometown Hockey visited Barrie and voted on the best Cheer Like Never Before semi-finalist. The BMHA Tyke Gold ‘Hornets’ team were crowned the winners for Barrie. Now Barrie is one of 24 national finalists vying to win the grand prize NHL experience and trip of a lifetime. We want to put the Barrie hockey community centre-stage in front of a national audience.

To win the national contest, The Barrie Tyle Gold Hornets needs to generate thousands of votes on their cheer video.

The city with the most votes will win.  VOTE NOW!!!!  You can vote once a day per device!  Don’t forget to share the vid via Facebook and twitter for extra votes!  You have until Friday, April 7th!

What’s in it for Barrie?

Pride and bragging rights! Plus, as a thank you to the community for their votes, if our team wins, we will be giving a $1,000 donation to a local Barrie charity. The charitable recipient will be chosen by the community itself, in a poll on Facebook. The six charities in the running are: RVH Child and Youth Inpatient Mental Health Program, Big Brothers Big Sisters of Barrie, YMCA of Simcoe Muskoka, Barrie Women and Children’s Shelter, Seasons Centre for Grieving Children and Gilda’s Club Simcoe Muskoka. No other city has done this type of charitable donation for winning the Hometown Hockey final. The little guys on our team have big hearts and they want to make this about more than just them.

Where can I get more info? 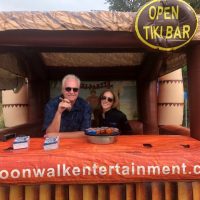 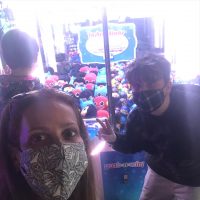