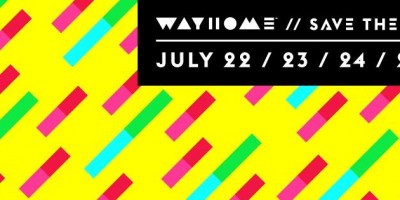 When WayHome announced its inaugural Music and Arts Festival last year, it quickly adopted the nickname “Bonaroo North,” after all, it was organized by a Bonaroo co-founder. But following the festivals hugely successful first year, including a 35,000 person turnout, it’s truly made a name for itself as one of the preeminent music events in Canada, if not worldwide.

With a diverse musical lineup that included Sam Smith, Kendrick Lamar and Neil Young, WayHome had something for everyone. And with three different stages to choose from, festival goers could select from the amped up, party atmosphere to the more laid back, intimate shows.

Some of the highlights of the festival included a surprise appearance by Broken Social Scene, and a three hour performance by Canadian music legend Neil Young. Bringing the festival to a close was Sam Smith, serenading the audience with his laid back hits including “Stay With Me.”

With larger-than-life installation art installations by Toronto artist Charles Bierk, it was more than just a music festival. And unlike its rivals including Digital Dreams and Boots and Hearts, the festival site was clean and well organized, with tons of excellent food options, including cuisine from the Drake Hotel for VIP pass holders.

WayHome Music and Arts Festival’s website, click here. This year’s festival will take place on  July 22nd, 23rd and 24th at Burls Creek. And be sure to stay tuned to Kool FM as we’ll be keeping you up to date as they announce this year’s lineup!

Will you be joining us at WayHome again this year? Which bands would you like to see headlining the festival? Let us know by commenting below, or on our Facebook page.