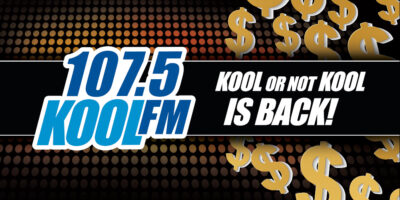 KOOL OR NOT KOOL is brought to you by: 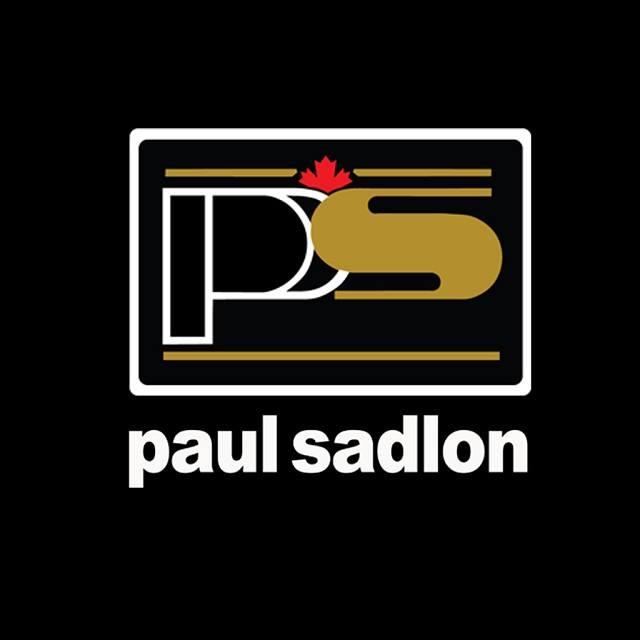 Simcoe County’s most anticipated contest is back!

Open up to 5 briefcases, if it’s KOOL you keep the cash, if it’s NOT KOOL you move on to the next briefcase.

But don’t get too greedy, you may wind up with a can of SPAM and lose everything.

KOOL OR NOT KOOL is brought to you by Paul Sadlon Motors, Family Owned and Locally Operated since 1971 and played only on Barrie’s Best Mix 1075 KOOL FM.

KOOL OR NOT KOOL CONTEST RULES

The contest begins on Tuesday, September 6thth, 2022. Central Ontario Broadcasting reserves the right to end the contest date without notice. The object of this contest is to pick the briefcase with the highest amount of cash/prize in it and avoid the briefcase with a can of SPAM in it.

This is how to enter this contest:

There is NO PURCHASE NECESSARY. It will be necessary for the contestant to be 18 years of age or older.

107.5 Kool FM is not responsible for a listener’s inability to participate or register due to service interruption, technical problems, the failure of telephone or electronic equipment, or the inability of a listener to contact Kool FM for any reason whatsoever. Decisions of Kool FM are final and cannot be challenged.

The prize awarded will depend on the briefcases chosen by the contestants in KOOL or NOT KOOL.

A Can of Spam or an amount of money, from $50 to a maximum amount of $10,000.00 will be available in each case. With each opening of a briefcase (with the exception of Spam), the contestant has the option to choose to stop, and walk away with the amount of cash just announced or they may continue to the next briefcase and hear the cash amount announcement. There will be a maximum of 5 briefcases in all.

Between each briefcase opening, the contestant will be asked if she/he wishes to proceed or wishes to stop and win the amount of cash just announced. If there is still a briefcase not opened, it will be opened at that time to inform the contestant as to what they would have won should they have chosen to proceed…..cash or SPAM.

The contest will be run approximately 20 times each week.

How to Claim Prize:

To accept the prize, all winners must present themselves in person at Central Ontario Broadcasting, 431 Huronia Road, Unit 10 Barrie, Ontario during business hours (9:00 a.m. to 5:00 p.m. Monday to Friday excluding holidays) and show valid photo identification proving winner to be at least 18 years of age. Winners must contact the station to schedule a time to pick up their prize. Winner agrees that they understand the contest rules thereby releasing Central Ontario Broadcasting and its employees from all liability arising in connection with the contest and the prize. Winners cannot pick up their cheques until 48 hours (2 business days) after winning. Friday winners cannot pick up their cheque until the following Tuesday.

This contest is open to all residents of Simcoe County residing in the broadcast range of 107.5 KOOL FM (excluding internet streaming) who are 18 years of age and over, except employees, representatives and agents of Central Ontario Broadcasting, its advertising agents, members of their respective immediate families and all persons with whom they are domiciled.

This contest is subject to all applicable federal, provincial and municipal laws. These contest rules are subject to change without notice, if necessary to comply with any applicable law or policy of the CRTC or other entity having jurisdiction over Central Ontario Broadcasting.

All contestants, including winners, by entering this contest, consent to the use, including the reproduction, broadcast and publication, of their name and/or photograph, likeness, voice, statements or the fact that he/she is a winner in this contest and all matters incidental thereto without compensation, in any publicity carried out by Central Ontario Broadcasting in connection with this contest.

This contest is subject to one winner per household per 30 days.  An exception to this rule is when a contestant receives SPAM, and then the 30 day rule is waived.

These are the official rules of the contest. Copies are available at Central Ontario Broadcasting, 431 Huronia Road, Unit 10 Barrie, Ontario L4N 9B3 during normal business hours Monday to Friday, 9:00 a.m. to 5:00 p.m. (excluding Holidays) and online at www.1075koolfm.com.