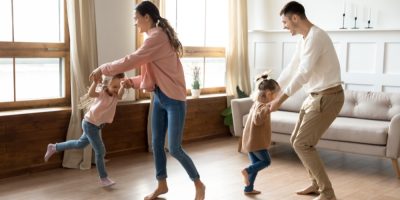 According to a new poll, if time travel were possible, about 65% of parents would transport themselves back to their childhood!

The survey of 2,000 parents of children 5 to 18 asked respondents to reflect on their childhoods, revealing that what they miss most about being a kid are not having responsibilities and being stress-free.

Over half also said they miss their childhood friends, having family gatherings and celebrating the holidays.

What brings these parents back to their childhoods?

Respondents listed watching their favourite childhood movies and TV shows, the holidays and hearing certain sounds, such as ice cream truck jingles, as the top three things that instantly remind them of their youth.

The survey looked deeper into the nostalgia element, with three in four parents saying they reminisce about their youth “often” or “always” (75%).

Additionally, two in three parents admit their kids’ childhoods were much better than theirs (67%) because they believe their children have more opportunities in life (65%), more access to technology (57%) and receive more affection than they did as kids (56%).

Although 76% of parents consider their children mini versions of themselves, most of them credit their kids for making them better people (93%).