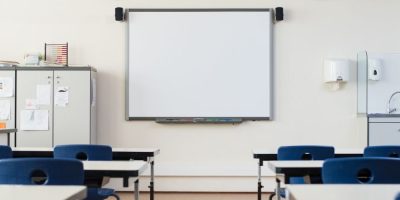 A high school senior in Illinois named Minh Duong recently pulled off the greatest “Rickroll” prank of all time. That’s where you trick someone into watching Rick Astley sing “Never Gonna Give You Up”.

As his senior prank, he managed to Rickroll his entire SCHOOL DISTRICT all at once.  District 214 is right outside Chicago and has over 11,000 students. Back in April, he hacked into their network, and played the video on EVERY television screen and projector at six different schools.

According to a recent blog from the kid responsible, this prank was several years in the making. He even recruited a handful of other students to help. They called it operation “Big Rick.”

Being mindful not to interrupt classes, making sure to avoid curtain dates and times, at 10:55 AM on April 30th, all of the TVs and projectors in every class turned on.

How did they do it? The district has a blue box called an AvediaPlayer connected to every TV that lets you turn it on and off remotely, and control what plays.

At first, there was a message on the screen that said an important announcement was coming. And there was a timer counting down from five minutes. When it got to zero, EVERYONE was waiting to see what the announcement was, then immediately realized it was a prank when Rick Astley came on.

10 minutes after that, the entire system reverted to how it was working before. But they didn’t stop there. At 2:05 PM, all the school bells went off at the end of a class, just like they should, but instead of a bell sound, they played the SONG again. So everyone got Rickrolled a second time.

After that, Minh immediately sent a 26-page report to the school district, outlining exactly how he and his hacker friends did it. And because of that, the district decided not to press charges.

The director of technology actually THANKED them for finding a flaw in their system. Minh graduated a few months later. He’s now at the University of Illinois studying cybersecurity.